Like the “Never Trump” bubble in the US, the perverse effect of this summer’s anti-Morrison pile-on will be to bolster the Prime Minister’s political base.

This article originally appeared in the Australian Financial Review on 18 February 2020.

It is a truism that Australia trails the world by 10 years on any major trend, but in this era of globalisation, we catch on faster to some of the most odious cultural movements.

Notable among these is the way in which some American media has merged itself into the Never Trump movement, a completely counterproductive move that has increased polarisation and has the perverse effect of making Trump’s followers double down in support of him – regardless of how heinously he disregards accountability. 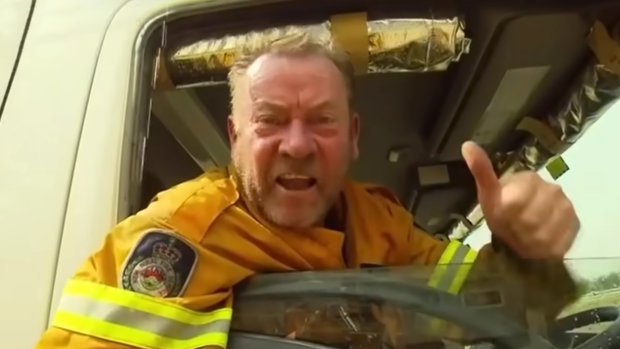 #IStandWithFiremanPaul: “There is only one politician in Australia he doesn’t think should ‘get f—ed’”. Seven News

Since the beginning of the bushfire crisis, the anti-Morrison media (silly that there even is a pro- or anti-leader media in a democracy) has played its hand with all the finesse of Wile E. Coyote.

It began with a genuine misjudgment: Morrison underestimated the severity of the developing fire season and took his family to Hawaii. While every leader needs a break, and every family needs some time together, the fact his movements were kept on the down-low worked against him as the fires worsened and Australia began to look around for a leader-like response.

Sensing a weakness, and cheered on by the political bubble brigade to prosecute the grudge against our surprise Prime Minister, these journalists took up the challenge of making the PM’s situation all that much worse.

They were there when Morrison headed out into bushfire-affected communities and determined to see him fail.

First there was the RFS volunteer in Mudgee who, upon meeting Morrison, declared that he was “not my prime minister”. Of course, this made for a wonderful soundbite, echoing the “not my president” catchcry of the US anti-Trump “resistance”.

It was aired repeatedly on commercial television and created a storm of approval on social media. Until, that is, it turned out to be a misleadingly edited clip. In the full exchange, the volunteer said that Morrison was not her prime minister – because she is British. Upon which, as Morrison later tweeted, he and the local MP “made a decent pitch for her to become an Aussie”. And so the media caravan moved on.

Shortly after, when Morrison picked up on the mutterings of farmers and regional residents who felt council regulation had prevented adequate hazard reduction measures, media accused him of shifting the blame for the severe fires onto anti-clearing green groups and diverting from the broader issue of climate change. Again the media raged against Morrison – this time for distracting from the climatic causes of the fires.

The case of the furious firie

Meanwhile, it turned out that ABC Gippsland at least had reported on such cases, but unaccountably disappeared a Facebook post from September 2019, recording a community protest against planned burns. ABC Gippsland later reported that the protest succeeded in reducing planned burns from 370 hectares to just nine. A Nowa Nowa resident was quoted as saying that the Department of Environment, Land, Water and Planning “is dividing the community because they’re telling us this has to be done to save our lives but in fact they’re just destroying the environment”. As fires raged through East Gippsland, the purity of the anti-Morrison outrage narrative was punctured and the circus moved on.

Just this week there was the tale of Fireman Paul, an RFS volunteer who leaned out of the window of his RFS firetruck to send a message to Scott Morrison. “Tell the Prime Minister to go and get f—ed,” he yelled at the camera, sparking the hashtag #IStandWithFiremanPaul. To demonstrate how he’d captured community sentiment, the media reported that Paul hasn’t had to buy his own beer since at the local pub. What’s more, Paul claimed on Channel 10’s The Project that his outburst got him fired from the RFS, stoking further online fury against the Prime Minister who was implicated in the dismissal.

Until, that is, it turned out that he hadn’t been. And then Channel Nine dug up footage from its interview with Paul, which showed, as Chris Uhlmann tweeted, that “There is only one politician in Australia he doesn’t think should ‘get f—-ed’. Guess who?” Pauline Hanson is the answer. And poor Paul’s popularity plummeted as the wily anti-Morrison media blew itself up with another stick of its own TNT.

Now, you might think this circus is just an irrelevant sideshow, but as the US shows, when the media is focused on point-scoring, genuine concerns quickly get buried in the churning media cycle. “Replace inefficient taxes with better targeted ones” is unlikely to generate a hashtag, but it is an important discussion with long-term implications for our national prosperity. It’s also worth keeping a lens on public accountability measures: if taxpayer cash is being splashed around to fund sports clubs, taxpayers have a right to examine how it is allocated.

Ironically, online outrage against incumbent leaders sweeps all manner of serious questions away. Morrison may have faced some strife from disgruntled community sports clubs, but the perception he is under attack from a partisan mob will work in his favour. If you’re wondering how, just look across to the United States. It’d be bad for our souls to carry on like this for another two years, but it’s unlikely to harm the Liberal Party.