The virus is revealing and exacerbating existing national and international tensions. The Schengen dream of a borderless Europe has been under strain over the past few years; Brexit was only the most visible revolt against its supranational vision. Now the borders of Europe are creeping back into place, this time in the name of public health. 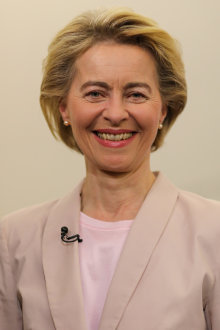 The European Union is still pretending to be in charge of the situation. European Commission president Ursula von der Leyen has announced a corona response team. But citizens are not looking to the EU to respond to this crisis, they are looking to their national governments. And it is these governments that will be held electorally accountable if they fail to act decisively to slow the rate at which the disease spreads across their borders.

Global health policy experts insist that travel bans and trade restrictions are not effective in containing the virus and warn of economic harm. Ultimately they are, of course, right: it will be impossible to prevent the spread of disease. Markets are already pricing in expectations of recession and the OECD has warned that the outbreak could halve economic growth.

But in focusing on these concerns, the experts also miss the point. Faced with a potential pandemic, people choose their own health and the health of their loved ones over dreams of eternal economic growth. In an inverse of the global climate change challenge, what each country does will have a very clear and observable short-term impact within its borders.

Italy, which now has the highest number of infections in Europe, is arguing against a suspension of the Schengen open border policy as other EU countries consider limiting travel from the afflicted nation. A train travelling from Italy was refused entry to Austria when two feverish passengers were discovered on board. It would be a psychological calamity to be cut off from its European family and cast as the leper colony of Europe, so borders are unthinkable for Italy in this instance.

But former deputy prime minister Matteo Salvini is linking the spread of the virus to uncontrollable migration from Africa. There isn’t a skerrick of evidence that asylum-seekers are infected with the virus – in fact it looks like corona was exported to Nigeria from Italy, rather than the other way around – but anxiety links the concerns in a way that feels true to worried nationals.

Indeed, the crowded conditions in the refugee camps, which are filled by boatload after boatload of asylum-seekers, will favour the rapid spread of the virus if even one migrant carries the pathogen.

This is suddenly important as the infection numbers swell in Iran. Iranians don’t even pretend to trust their government. As though to prove publicly that the Iranian government is not in control of the disease, the Deputy Health Minister tested positive for the virus after coughing and sweating his way through a press conference in which he denied a government cover-up.

Unsurprisingly, that little episode had precisely the opposite of the intended effect. Since then, the official death toll has soared, with the unofficial toll believed to be much higher. As President Hassan Rouhani said, “fear, anxiety, doubt and distrust among people is a virus worse than coronavirus”.

They are trying to persuade themselves and the world that distrust, misinformation and key supply shortages are part of a conspiracy masterminded by the United States, but it doesn’t look like the citizens are buying it.

Rationally, many Iranians with options are leaving the country for developed nations, or were until governments around the world closed their borders to travellers from Iran.

Now only those lucky enough to have citizenship in a country like Australia can flee to a trusted haven. Others may be tempted to take less direct routes through the Middle East.

Perhaps coincidentally, for reasons that are not wholly clear yet but which are certainly not rooted in charity, Turkish President Recep Tayyip Erdogan has chosen this moment to open the way for asylum-seekers to pass from Turkey into the EU, putting an end to a previously negotiated financial arrangement.

In response, Greece has closed its borders. This contravenes EU law, but it’s one among many that will soon be honoured more in the breach. The EU no longer inspires the trust of many of its members, if it ever did.

Trust in China has been replaced by censorship and widespread control. When it hushed up early reports of COVID-19, it infected itself with a virus of mistrust that has spread to the world. The world will be a different place when the coronavirus has revealed the true levels of trust beyond the anodyne polls; we’ll have a better idea of where we stand in relation to one another then.