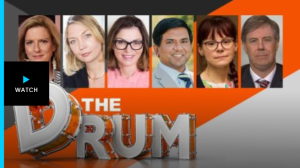 The panel discusses the influence of women at this election, revelations the CSIRO were pushed to approve Adani’s water plans, independents under fire and the Tamil family from Biloela facing deportation.

Original article published 15 May 2019 in the AFR.

Bill Shorten has laid claim to a grand Labor legacy with what he calls “the most detailed and ambitious policy program since Whitlam”. History inspires and history teaches. If Shorten wants to be our next Gough Whitlam, the lessons from those years are worth remembering.

There is no doubt in veteran Stanford, International Monetary Fund, US Federal Reserve, RBA economist and public policy professor Michael Porter’s mind that Whitlam was an inspired social reformer. He’s not convinced the current leader of the opposition measures up. Shorten has told the internationally respected economist, who is also a former advisor to Whitlam, that he spent his university years trying to get Porter’s economics think tank, the Centre of Policy Studies, kicked off the Monash University campus.

Time he should better have spent getting to grips with economics, Porter suggests.

Any personal animosity aside, Porter also has misgivings about Labor’s proposed program if it wins government. His experience in the Whitlam years was that grand government programs require rigour and intellectual depth to get right.

Whitlam’s signature universal health care policy was developed by university economists Richard Scotton and John Deeble, well before the 1972 election. Michael Sexton, who joined the Attorney General’s department under Whitlam, also points to the real-world experience brought by an influx of staffers from outside politics and the union movement. They were, Sexton says, “particularly interested in policy, in a way that professional staffers and operators might not be.” Since they weren’t planning to make a career of it, their advice could be frank and fearless.

“You could feel the inflation coming on.”

The expert team advised on whether the government should deliver on a proposal, not just how. In 1973, shortly after winning the election, Whitlam created the Priorities Review Staff within the Department of Prime Minister and Cabinet. Porter was part of the PRS team, led by Austin Holmes. The team was tasked with assessing which cabinet submissions had merit. Guided by Nobel Prize-winning economist Kenneth Arrow’s “impossibility theorem” of public choice, which demonstrates the impossibility of meaningfully ranking the community’s preferences in a democratic system, the PRS questioned the case for centralisation in every policy area it examined.

The principle the group operated on was “if in doubt, chuck it out” – that is, if there was no reason why the private sector couldn’t deliver as well as government in a given area, it was better to let market forces equilibrate public choice. Nonetheless, they were far from free market absolutists – governments, Porter says, have an advantage in dealing with asymmetric information, which he believes exists in the area of health and many public utilities. 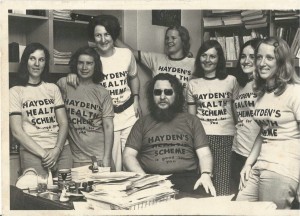 Comparisons with the Whitlam years provide some interesting insights into how the political scene in Australia has changed. It is striking how different the two major parties now are internally. Many Laborites of Whitlam’s era are more free market-oriented than their younger colleagues. Most Liberals have accepted and embraced large social programs such as Medicare and the NDIS. The quibble is over the rate and rationale of program growth, not whether government should deliver.

The imagination of the Labor Party in developing and defending a big vision is laudable, though rigour has been sacrificed on the altar of ideology. Porter believes Shorten is right to point to intangible benefits when questioned on costs, just as Whitlam pointed to the intangible benefits of health. Those benefits have proven to be enormous. Still, there will be a hefty cost to Shorten’s programs. “He’s promising surpluses,” Porter muses. “Which probably means he’s promising to break other promises.” This is a view echoed privately by others of the Labor old guard, who comfort themselves with the belief that Shorten won’t be able to deliver on some of the more radical, union-inspired elements of his economic agenda.

The last few days of campaigning hold more risks for Labor than for Liberal: in the course of the campaign it has already made promises to review Newstart and suggested that government salary top-ups may be extended to low-paid industries beyond childcare. Would-be treasurer Chris Bowen is alive to the danger; somehow he’ll have to reign back spending once in power. Those who do not learn from history are doomed to repeat it.

You can read the original article published in the Australian Financial Review on 2 May 2019 here or you can read the full text of the article below.

We’re now in the home stretch of the election – prepoll voting opened on Monday and it looks like a record number of Australians are going to be overseas or ill on election day. The political parties are rolling out tactical policies designed to lock in the self-interest vote. Like a babysitter with a pocket full of sweets and a shift ending before bedtime, you can pretty much guarantee that whatever they hand out in this period won’t be good for anyone in the long term.

The lollybags approach to government isn’t confined to election time though. Too often party policy is engineered to voter tastebuds rather than social wellbeing. If most policies were snack foods, they’d be banned from school lunch boxes.

Well-run businesses know that success depends on setting clear objectives, then developing a strategy and implementation plan to achieve them. Every part of the plan can be evaluated against whether or not it is contributing to achieving organisational goals. A lot of pet projects bite the dust.

If political parties were to take this approach, we’d have a better view of our direction as a nation. We could be very clear on what our shared goals are.