You can read the original article published in the Australian Financial Review on 19 February 2019 here  or you can read the full text of the article below.

“Nothing is as powerful as an idea whose time has come,” wrote the French novelist Victor Hugo, failing to anticipate an era in which a trendy idea can travel around the world before a timely idea has got out of bed.

And so it is that political circles are abuzz with the Green New Deal – a trendy new idea which is itself a portmanteau of trendy ideas packaged together by US junior senator Alexandria Ocasio-Cortez. Almost all Democratic presidential hopefuls have already jumped on the GND bandwagon, which is making its way around the world. Some of the faddy ideas which make up the GND are already gaining ground in Australia. There’s little that will prevent them taking hold.

Any one of the ideas in the GND could drive Australian politics further towards populism.

The least new idea is the Universal Basic Income (UBI). The UBI is defended by social democrats and libertarians – its most notable early proponent was free market economist Milton Friedman. But it has also had support from conservatives, including Republican President Richard Nixon. The idea has been killed off for a range of good reasons over the years, but it’s back.

Rutger Bregman , the historian who made waves at the most recent World Economic Forum, is one of an increasing number of instagrammable UBI enthusiasts. He reasons that the global rise in living standards capitalism has brought us has resulted in social stagnation – the land of milk and honey lacks a vision for progress. “The real crisis of our times … is not that we don’t have it good … [it] is that we can’t come up with anything better.”

His proposal is a 15-hour work week and a universal basic income for all. This, he argues, would free us from the scourge of busy-work – “bullshit jobs” like finance which, he says, do not produce value, but merely shift it around.

At Davos, Bregman took the assembled billionaires to task for standing in the way of solving the big challenges of “Globalisation 4.0″ by evading “taxes, taxes, taxes”. Just don’t ask where the taxes to pay for the UBI would come from when the so-called bullshit jobs are gone.

Modern monetary theory is another shiny new idea gaining traction. According to this theory a sovereign government can spend any amount of money in its own currency. To pay, the government simply prints more currency. Government-issued currency is a promissory note, so as long as the government is credible, its credit is unlimited. If you buy that, I have a truckload of Venezuelan currency to sell you. Turns out there is a limit to the trust people will vest in a promissory note without any backing collateral.

Perhaps this explains why, despite the infinite wealth supposed by modern monetary theory, MMT is always combined with a call for higher taxes. There’s some funny internal logic here. If the money supply is limitless, then tax serves no other purpose than to punish people who work.

And in that vein, a 70 per cent tax on top income earners is also rolled into the GND. And like the other ideas, it is short on rationale. The fact is that no one yet has worked out what an optimal tax rate is and why. The arguments against high tax usually lean to some degree on Arthur Laffer’s Curve, which suggests that the disincentive effect of taxation would result in a lower tax take from higher marginal rates. Ambitious pundits will sometimes also produce the Rahn Curve, which suggests that there is a point beyond which government spending no longer results in growth, and even dampens it.

The arguments in favour of the 70 per cent tax rate hinge around the idea that beyond a certain income level, the value of a dollar is essentially zero. That is, it provides no additional value to the earner. Despite this, high-income earners generally respond to high tax rates by rearranging their tax affairs, so perhaps they do indeed place value on those additional dollars.

Another argument is that higher taxes on top income earners will reduce inequality. For this argument to prevail it will have to be proven that inequality caused by free markets (corruption and cronyism is another matter entirely) holds us back.

Think tanks once undertook the slow and laborious task of self-reflection and ideological growth outside the partisan politicking and horse trading of the political fray. But in the fight to be visible and attract donors, many have restyled themselves as “do-tanks” – essentially activist organisations, where what passes as research serves a predetermined end. As a consequence, their output is often superficial and largely nostalgic.

Without well thought through proposals for how to build on what has worked, Australia is defenceless. Nothing stands between us and another destructive or wasteful faddish idea. 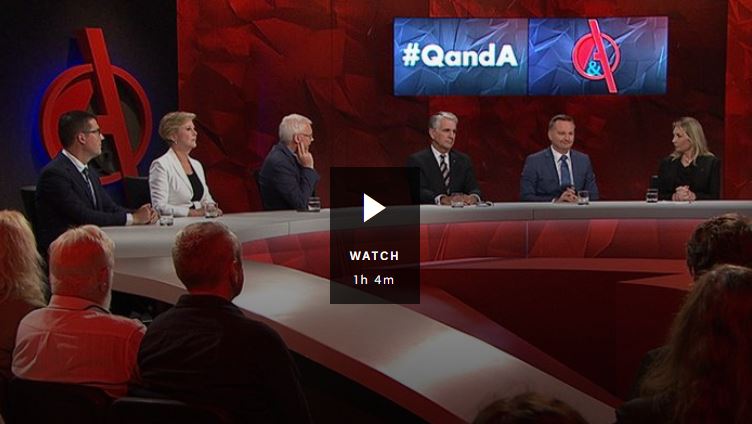 The panel discusses wealth inequality, the end of the US Government shutdown and job cuts for Buzzfeed Australia

You’ve got to hand it to the Victorian Labor Party – they’ve really nailed the balance of centrism with culture. The trick goes like this: win on delivery but then attribute the win to culture.

Victorian Labor won fair and square on what they have been able to deliver and a plausible project pipeline. The government was able to make a convincing case that it had been addressing transport and infrastructure issues in the state and has plans for rail, roads, hospitals and schools to meet the population pressures of the future. Yes, that plan involves taking on debt.

But as our former treasurer, now PM, once explained to us, there’s good debt and there’s bad debt. Taking on debt to finance well thought-through infrastructure that supports population growth and economic productivity is good debt. It’s investment in future prosperity. Capex. It seems Victorians are comfortable with that business-like view.